Posted on April 7, 2013 by themanyfacesofthezodiac

With all of the disinformation out there about how ” Satanic ritual abuse” doesn’t exist and how we are violating there rights under freedom of religion. Well the average Satanist is very evil and because they have to be secretive and  they have to balance out there magick by doing good besides evil they are often found now hiding in the Church. Just like in Hitler’s time the church was operating while the concentration camps were exterminating people> so now the church  hides Satanists.

There are an estimated 100,000 or more Satanic cults in America. Those numbers sadly are out-dated and from the 1980’s. The numbers are much higher now of course. But it’s not a priority of the F.B.I. to track anymore. Police are NOT allowed to call a ritual murder done to someone as so. There are certain codes for these type Satanic murders. This is a fact, ask any police officer. The F.B.I. Learned long ago when they mention “Satanic cult” in the news people go ape shit over it.

So most cases are hidden as just murders by crazy people. But they never mention the Satanic cult involved or the actual ritual. When kids come up missing, investigate case workers, day-care workers even teachers as well. Guaranteed someone close to the child knows something..it’s just who exactly. The child was scoped out for ceremonies I bet. I know this is hard if you lost a child. But chances are these people had something to do with arranging it, not some drunken pirate as the media will spin it.

Dig into some of these people that work with children, and you may find other cases of missing children they knew. Then figure the odds of it. The reason they do not find most missing people is they don’t consider other options as potential leads. Or they don’t want to find them and are covering up for these groups. After all Satanic cults tell you what they do and what believe in so why not beat on their doors first when people come up missing prior to the ceremony dates? Not that hard to do and create a profile on these assholes is it?

Remember Satanists have rights to practice their religion under Federal Laws protecting freedom of religion. Most nations now have the same laws put in place since the early 1980’s. Uniformity and Globalism are great huh?

Each Satanic/Wicca cult has 13 people. You do the math with the chart on this link as to how many people they each kill yearly. This is not an “option” for them, this IS their religion keep this in mind. The 100,000 mentioned are just Satanic cults. Those numbers does not include Luciferians, Nazi death cults, JRS Jewish ritual sacrifice (Talmudic -Jews only) Mexican Santeria, Voo Doo, gang initiations or serial killers.

Thou Satanist dabble with spells and conjure demons during ceremonies, they often can’t control demons nor send them back. Remember if they were not getting what they want out of these ceremonies they would quit in time. So this means it is real and they are getting things they desire. Luciferians actually control demons and consider Satanist as very dangerous to them. Luciferians are ancient bloodlines. Satanists are like grunt soldiers for Luciferians. Either way they all kill people and serve the same master. You can watch “Eyes Wide Shut” for an idea of who Luciferians are.

Don’t assume the Million missing people every year in America were stupid or easily tricked. But if you keep your guard up with everyone in time these people will show themselves and trip up, just as a Tiger can only hide it’s stripes so long.

Always be careful of new people you meet until you know them well enough. In fact make that very well and always test people to be safe. If not, you or someone you love could become a victim to these Satanists. They almost always choose their victims long before hand. That’s a fact. Real Satanist always look normal. They will try to get you to try new things, go to new places all to build trust to get you off guard when the time comes.

Remember it’s the normal looking ones that will harm you. Keep in mind the real Satanists are pure evil. This is real and understand they will have no pity on killing you or your children. How these cults create monsters is simple, sad and very disturbing. All Satanic families are programmed by SRA (Satanic Ritual Abuse). This is mind control. Horrific abuse fragments the human mind and causes multiple personalities. Out of shock the human brain creates compartments or places to hide. I am talking about REAL trauma here, not just beatings. The worse things you can think of aren’t even bad compared to what their offspring are subjected too. This is needed to fragment their minds early in childhood.

Once fragmented they then get into the child’s mind by getting them to go into another personality then they abuse that one. In time the child has no safe place to go, even in his/her own mind. This violation of their minds is complicated but once it’s done the children do not even dare think about revolting. Each personality is found then programmed for different tasks. Most MPD do dot even know they have other personalities. The level of physical abuse children of Satanic cults is sickening not to mention the mental torture needed to create the next generation.

In these cults they have breeders and use the babies for rituals. Also all members are one complete family. So all children are violated sexually by most members. Some children do not comply to programming, or refuse to kill animals, are then killed by other toddlers as commanded. By 5 these children have to kill another children then remove their organs. This is when they split personalities in order to deal with the commanded task.

By 5-6, they are weeded out. By 10 they are seasoned in killing. In SRA the only time their children are shown attention and love is on ceremony days. In time these children look forward to ceremonies. This is when they are let out of isolation, get fed well, and shown actual love and affection. Afterward they are isolated again from the world. Again starved, deprived of water if they ask or cry for it, often for days.

This makes them hard and callous in nature. By the time these children of Satanist/Luciferians are 8 or 9 they get used to killing other children usually play mates from school or the neighborhood. Then they are ready to “recruit” or bring playmates from school to kill. And they will do this for acceptance and love. This is how they groom their children. This is also how these people keep secrets in the family.

So you see these people are not playing games here and this is very serious stuff. Remember it’s not what your religion is, or lack of that counts..it’s theirs that matters as killing you is their religion . Warn others and always keep both guards up always, trust no one new especially the least likely ones you’d suspect such as clergy, church members.

Many Satanist are active church members. Fact are Freemasons and Satanists donate the most money in most churches all to gain positions of power and trust. From there they can guide the flock onto what passages they want you to learn and not others. These are all facts from retired F.B.I Ted Gunderson Agent (Google videos of him available, just type into key search in Google and watch) .

Be wise as serpents! – See more at: http://henrymakow.com/how_well_do_you_know.html#sthash.drPTM4fa.dpuf 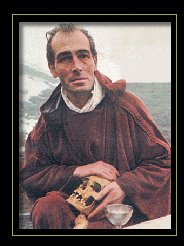