Posted on April 28, 2012April 30, 2012 by themanyfacesofthezodiac
SOME sources claim that the 13 is because the Hells Angels in San Francisco were originally organized in 1953 by Rocky Graves, a Hells Angel member from San Bernardino (“Berdoo”). This implies that the “Frisco” Hells Angels were very much aware of their forebears. According to another account,[22] the Hells Angels club was a successor to “P.O.B.O.B.” Motorcycle club,[23] The “Frisco” Hells Angels were reorganized in 1955 with thirteen charter members; Frank Sadilek, who designed the original death’s head logo, served as President. The Oakland chapter, at that time headed by Barger, used a larger version of the patch nicknamed the “Barger Larger” which was first used in 1959 and later became the club standard.

In an interview in September 2011, with one of the original “thirteen”, the above history is confirmed as basically accurate. The person interviewed is perhaps the only one of the original thirteen still living. The youngest member would be aged mid-seventies at this point, and they all engaged in a life of reckless behavior. The Frisco Hells Angels were formed in 1953 by Rocky Graves, a member of the Berdoo Hells Angels. The group fell apart and was reformed in the summer of 1955 with thirteen living members. This is the group that continues today.

The number thirteen was considered inauspicious by those in attendance at the formation meeting, so another member, known as “Crazy” was installed posthumously.

Frank Sadilek, former president of the San Francisco Hell’s Angels, moved to Hilo, HI, in (I think) 1964. He became an ardent anti-Vietnam War activist.He drowned in Hilo Bay in 1970. 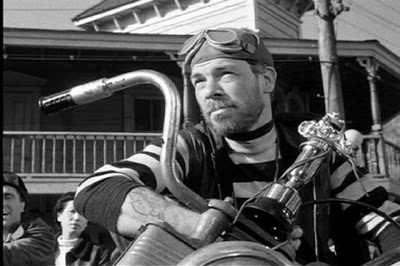 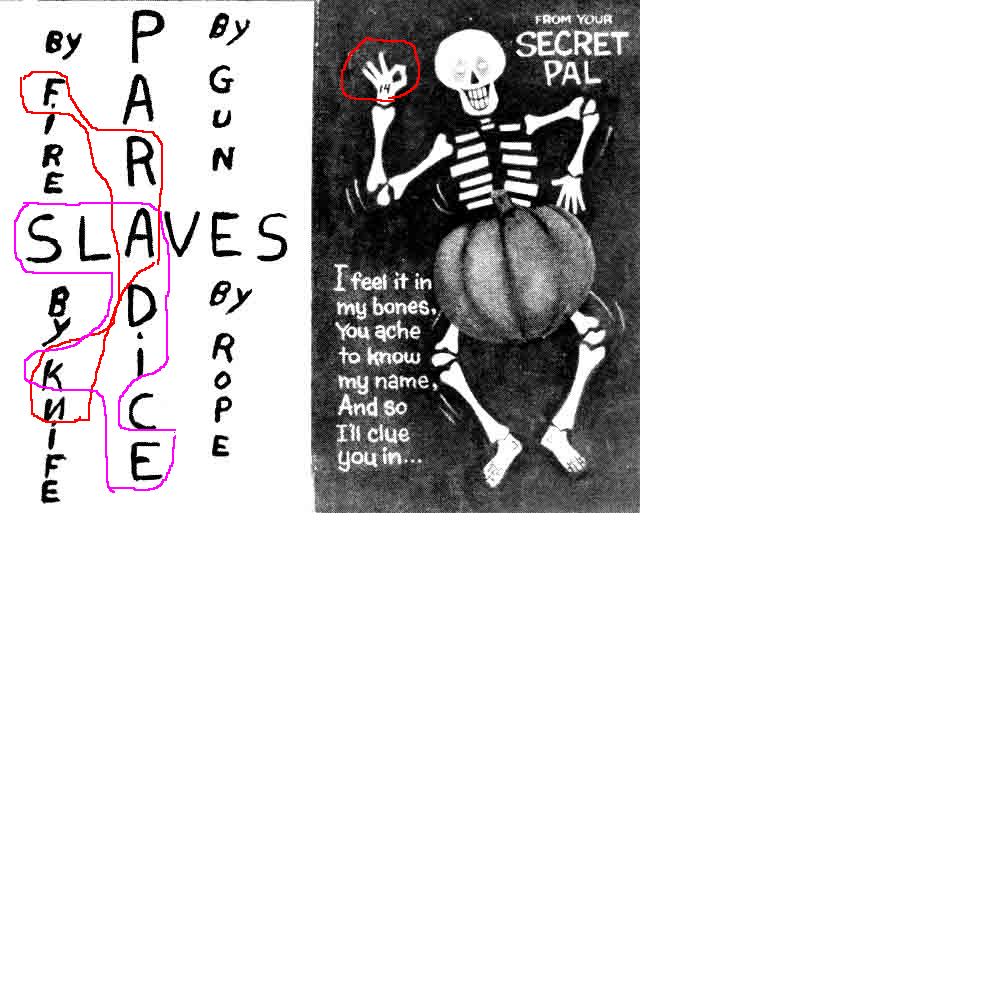 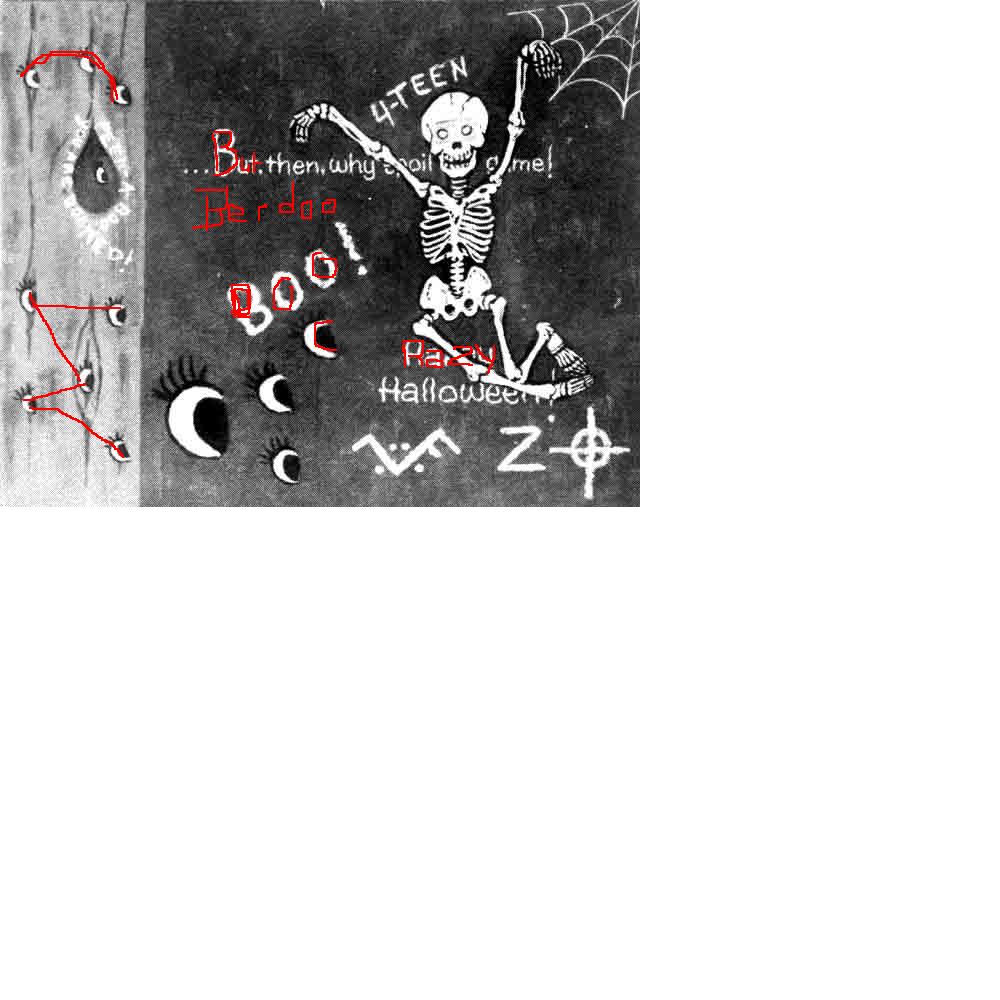 BERDOO hells Angels  Rocky Graves
Crazy found near thigh bone of Skeleton
Is the” C” in Eyeballs for the Hell’s Angels Logo? 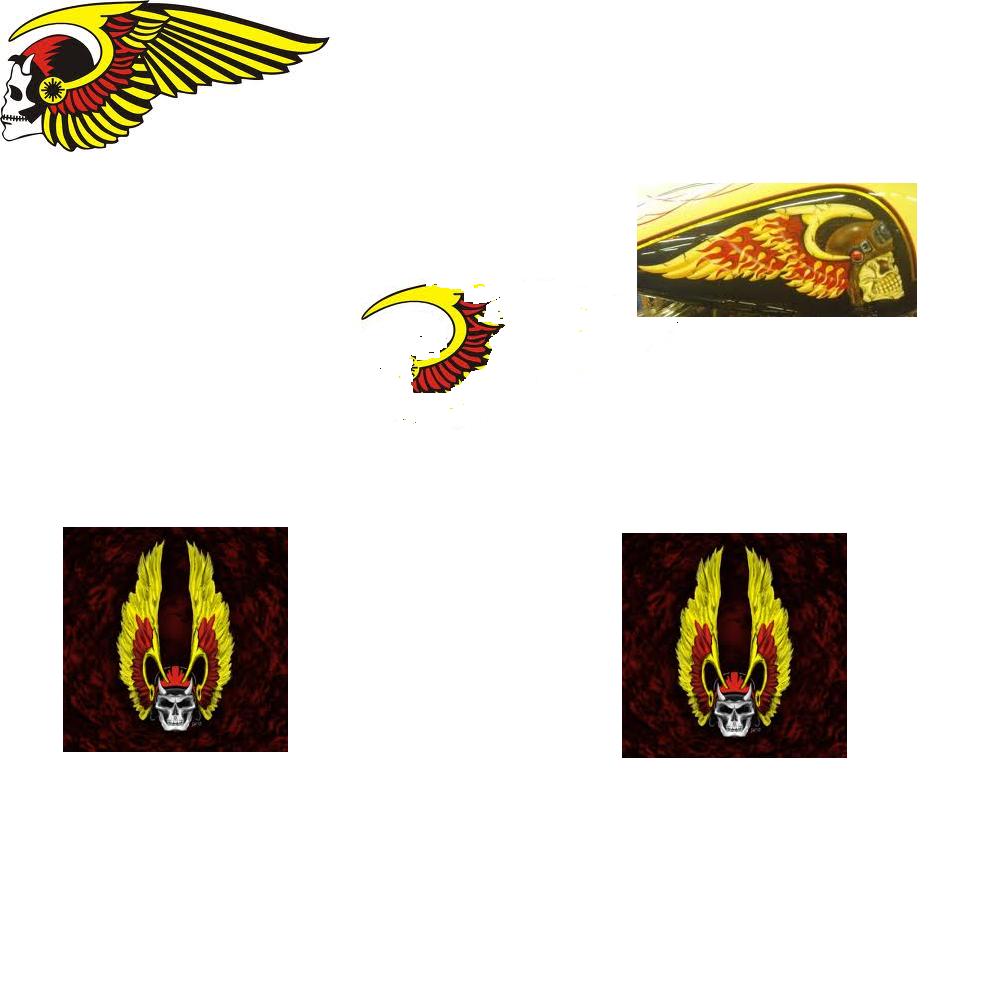 One thought on “is Frank Sadilek death in 1970 reason for Halloween card?”