THE ZODIAC IN A BOX

ZODIAC IN A BOX

THE MANSON FAMILY THE OCCULT CONNECTIONS

Kennth Anger was a head magus with Church of Satan

TO THE ZODIAC  KILLINGS 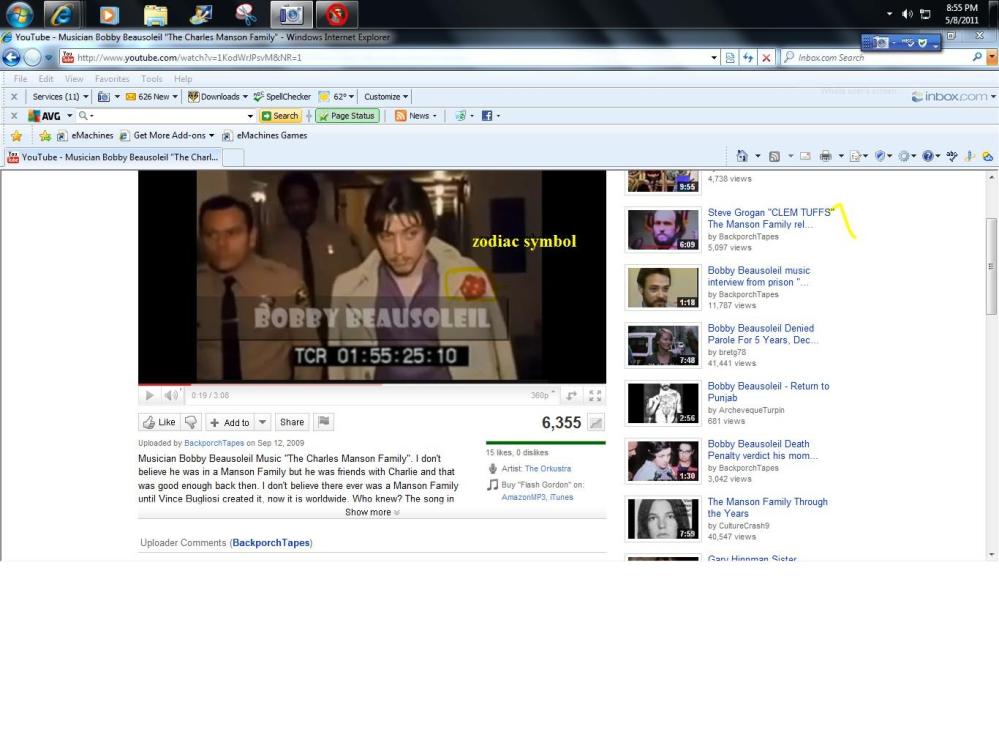 Robert Kenneth “Bobby” Beausoleil (born November 6, 1947, inSantaBarbara, California) is a convictedAmerican murderer and associate of theCharlesManson “Family” who is serving a life sentence. He killed music teacher and fellow associateGaryHinman on July 27, 1969, and has been imprisoned since his arrest for that crime. He was an aspiring musician and actor at the time that he murdered Hinman. In San Francisco, Beausoleil began playing with a band called The Outfit, but eventually dropped out and started his own band called Orkustra. The group played gigs in the Bay area from 1966 to ’67, and as the group was in the process of breaking up, Bobby met filmmaker Kenneth Anger. Anger and Beausoleil worked together on the film Lucifer Rising, in which, Bobby played the part of Lucifer, and helped compose the score. At that time Beausoleil was living at Anger’s “Russian embassy” house.

Susan and Bobby had been members of the COS since 1966. Susan had parts in COS films acting in satanic rituals with church founder Atone LaVey.It was some time during the filming in1966 at the Russian Embassy  that the Church of Satan had there first meeting.

Present was church founder Atone Lavey, Kenneth Anger high priest, Manson Family members Susan Atkins , BOBBY BEAUSOLEIL, and Charlie Manson head of the Manson Cult struck a deal made a blue print. It was that night that Bobby meet Charlie .According to Staton LaVey the Russian Embassy became a place where secrets will be forever kept. From BOOK MANSON NOW

Bobby also played Lucifer in My Demon Brother, a Kenneth Anger film made in 1966 released in 1969.  While filming this film Bobby struck a deal with the Devil that he never returned from. 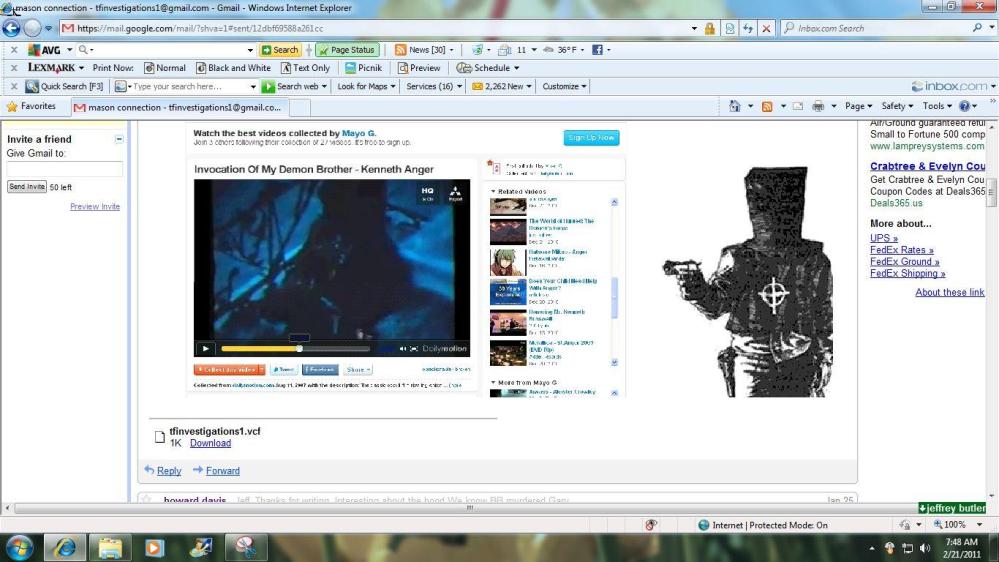 Picture of the Zodiac found in My Demon Brother. This is lucifer  Bobby Beausolei .

BOBBY LUCIFER IN “ Invocation of MY DEMON BROTHER “

Door at the Spahn Ranch where Charles Manson resided, had “nothingness” written on it

“The man who avoids the Bridge to Total Freedom will be eventually be swept along and tumble into nothingness.”…………………..quote by L Ron Hubbard

REVERSE IMAGEOF THE ENVOLOPE             http://www.youtube.com/watch?v=qNLmXyxrXBA   Manson was influnced by the Beatles music . 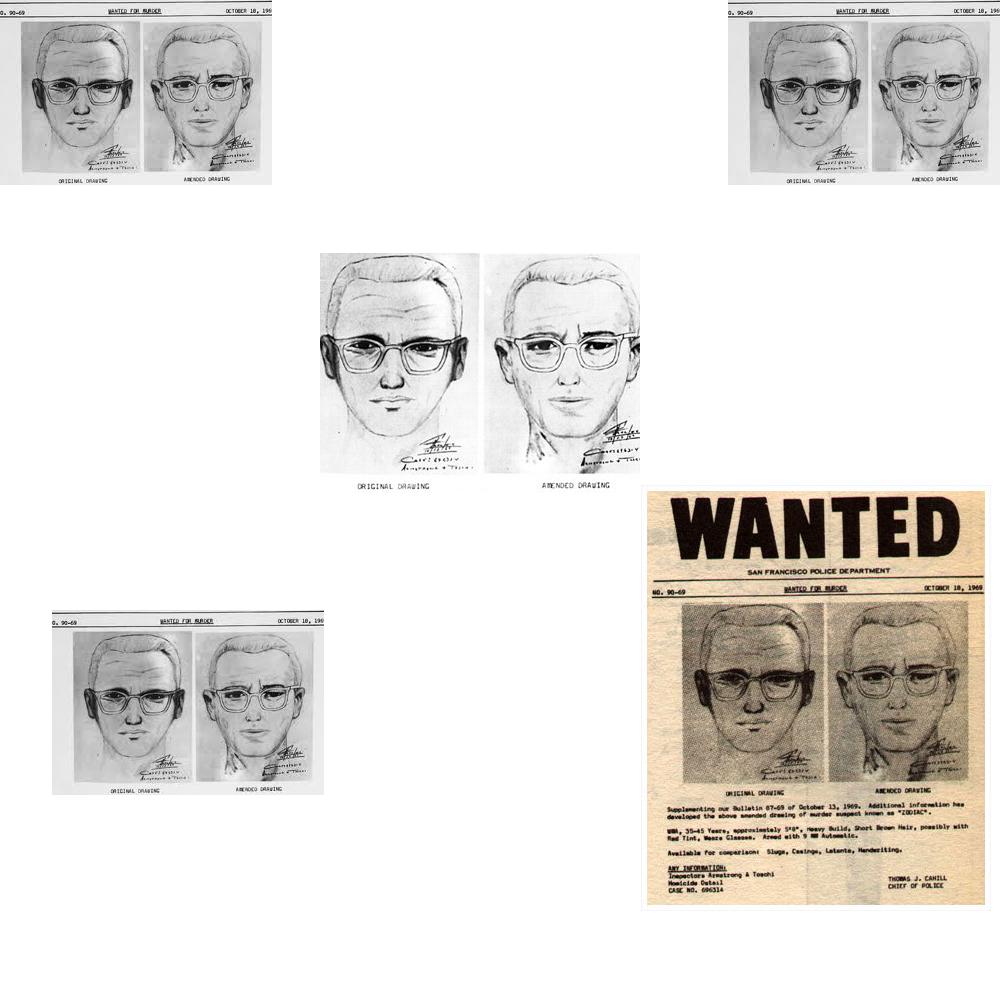 The Zodiac was perhaps a 2 man team, or maybe a group. Where one would do the killing, and the other do the writing. In this case, Bruce Davis could have done the killing and one of the other Manson family members do the writing. Bruce Davis does look like the composite and apparently matches the composite of the man that was stalking Darlene Ferrin. However his handwriting is very different from Zodiac’s. So if Davis is Zodiac, either he disguised his writing or perhaps one of the Manson family member’s wrote it.

There was only 1 person ever seen as the Zodiac. The 2 surviving victims of each attack Mageau and Hartnell, never saw more than one person. However they were both severely wounded so they’re account of what happened afterwards would be compromised because of this. During the Stine killing, only one man was seen leaving the cab. And only one man was seen when the cops apparently talked to the Zodiac. Would the Manson family have allowed Davis to go alone? Perhaps the other members were hiding in the tance, waiting in case something went wrong.

has a letter were one of the family members implicates Davis and reveals who apparently sewed the Zodiac costume used in the Lake Berryassa attack.

White rabbit named Bruce Davis as the Zodiac.  According to White Rabbit Manson Family member Sandra Good made the Zodiac Hood . Rabbit has a letter from Charlie Manson

threatening his life if he don’t stop talking about the families involvement in the Zodiac killings.

Stanton LaVey stated in the book Manson Now that the killings were hits by the Church Of Satan and that his Grandmother Diane LaVey has the Zodiac’s name in a safety deposit box.  The Zodiac killer would stop a the black church before, and after the killings.

The Stine Murder is only 3.5 miles from the Church of Satan. 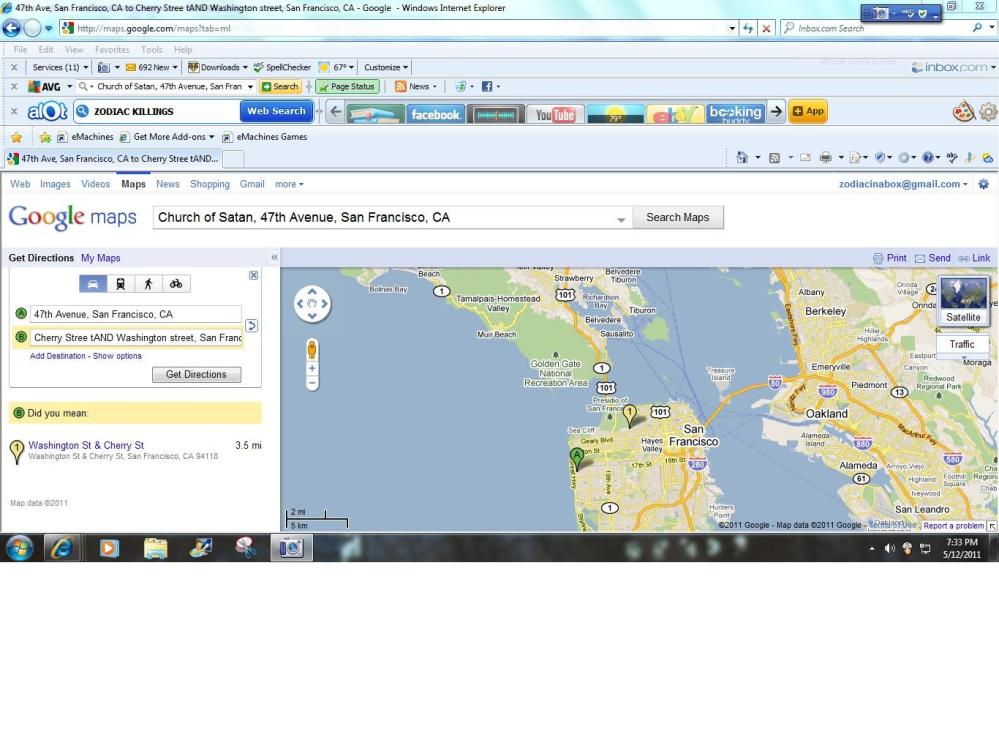 Diane LaVey was born in Chicago, Illinois in 1942. After Diane’s father died, her mother brought the family to San Francisco, and later remarried. Diane lived and went to school in Pacifica, California. The striking blonde beauty was spotted byAntonLaVey when the SeaVue theater manager took his employee, “usherette” Diane, to Mori’s Point, a restaurant and roadhouse overlooking the Pacific Ocean. LaVey later left his first wife for Diane. They lived at the famous “Black House” and Diane became hostess for his early Magic Circle meetings, and was partner in creating the Church of Satan in 1966. During this time Diane knew many celebrities who were involved with the Church, such asSammyDavisJr.,JayneMansfield, andKennethAnger, the grandfather of Indy filmmaking.

She did most of the Church’s administrative, press and member relations work. She appeared in many documentaries of Church rituals, and scenes of home life, and with their pet lion, Togare. She raised Anton LaVey’s eldest daughter Karla, then their own daughterZeenaLaVey, born in 1963.

As Church of Satan founding High Priest and High Priestess, Anton and Diane LaVey hit the front pages around the globe and network TV news with the first (public) Satanic wedding, and then with the first (public) Satanic baptism for 3 year old daughter Zeena. She was a close collaborator withAntonLaVey in formulating policy and in running the Church.

Diane is the editor and silent co-writer of The Satanic Bible, The Satanic Rituals, The Complete Witch (aka The Satanic Witch) and The Devil’s Notebook. As a preschooler, then as an older child, grandson Stanton LaVey lived with her for many years.

After leavingAntonLaVey in 1984, she resumed use of her birth name, Diane Hegarty, and went on to a career as a handwriting expert.

Since Diane Lavey has divorced Atone Lavey Head of the COS she has changed her name.  Which I cannot release for her safety.

Person of interest in the Zodiac case .

The mid 1960s saw the emergence of thehippie scene and the increasing use of the mind-altering drugs that Anger himself had been using for many years. In particular, thehallucinogenLSD, which at the time was still legal in the United States, was very popular, and in 1966 Anger released a version of his earlier film,InaugurationofthePleasureDome entitled the “Sacred Mushroom Edition” which was screened to people whilst taking LSD, thereby heightening their sensory experience.[53] By this time, Anger had become well known throughout the underground scene in the United States, and several cinemas across the country screened his better known films all in one event.[54] With this growing fame, Anger began to react to publicity in much the same way as his idolAleisterCrowley had done, for instance describing himself as “the most monstrous moviemaker in the underground”, a pun on the fact that Crowley had been labelled “the wickedest man in the world” by the British tabloids in the 1920s.[55] Anger’s fame on the underground circuit allowed him to increasingly associate with other celebrities, includingAntonLaVey, the founder of theChurchofSatan; despite their differing philosophies, the two became good friends and would remain so for many years. However, Anger also held a resentment towards certain celebrities, namelyAndyWarhol, who at the time was achieving success not only in the art world but also in the underground film scene.[56] In 1980 Anger threw paint over the front door of a house that Warhol had recently moved out of.[57]

In 1966, Anger moved into the ground floor of a large nineteenth centuryVictorianhouse inSanFrancisco known as theRussianEmbassy.[58] Around this time he began planning for a new film, which he planned to title Lucifer Rising and which would echo his Thelemite beliefs about the emergingAeonofHorus. He had the name of Lucifer tattooed upon his chest and began searching for a young man who could symbolically become Lucifer, “the Crowned and Conquering Child” of the new Aeon, for Lucifer Rising. He met various young men who could fit the position, inviting each to live with him at the Russian Embassy, although eventually he settled upon a man namedBobbyBeausoleil.[59] Beausoleil also formed a band, the Magic Powerhouse of Oz, in order to record the music for the film.[60] Then, in 1967, Anger claimed that the footage which he had been filming for Lucifer Rising had been stolen, and he placed the blame upon Beausoleil, who would deny the claims, later telling Anger’s unofficial biographer Bill Landis that “what had happened was that Kenneth had spent all the money that was invested in Lucifer Rising” and that he therefore invented the story to satisfy the film’s creditors.[61] Beausoleil and Anger fell out, with the former getting involved withCharlesManson and his cult, the Family, eventually carrying out Manson’s bidding by torturing and murderingGaryHinman.

Anger subsequently decided to publicly reinvent himself. In the October 26, 1967 issue of Village Voice he placed a full-page advert declaring “In Memoriam. Kenneth Anger. Filmmaker 1947–1967”. He soon publicly reappeared, this time to claim that he had burned all of his early work.[62] The following year he travelled toLondon where he first met J. Paul Getty, who would subsequently become Anger’s patron, and where he also met and befriendedMickJagger andKeithRichards, members ofTheRollingStones,[63] as well as Richards’ drug addicted girlfriend Anita Pallenberg.[64] Anger then decided to use much of the footage created for Lucifer Rising in a new film of his,InvocationofMyDemonBrother, which starred Beausoleil, LaVey, Jagger and Richards, as well as Anger himself, and the music for which had been composed by Jagger. It was released in 1969, and explored many of the Thelemic themes that Anger had originally intended for Lucifer Rising. (WIKIPEDIA).

Stanton LaVey. (Manson Now )   This was also during the Making of his film. my Demon Brother. Hidden in frames of his movie is BOBBY BEAUSOLEIL in the Zodiac hood; Zodiac symbols were found in one of his recent movies. Kenneth Angers films need to reviewed as evidence.

the new evidence but to this date he has not responed to Howard’s email.

4 is the tarot card the emperor

Howard Davis had Marlin Marynick Manson ask questions about the

Charlie became angry and has not talked to Marlin .

BOBBY BEAUSOLEIL was contacted by Investigators . He has not responded to our emails.

The Los Angeles DA office say the Manson Family had no Involvement.

I believe this was done to save the tax payers the expense of new trials., since many of the members of the family are serving life sentences.

There have been many doubters to the Manson Zodiac Theory and Howard Davis but in my review of Howard’s claims and in light of new evidence I found There is no doubt a Manson Family occult connection to the Zodiac killings.

THE ANSWER IS IN A SAFETY DEPOSIT BOX.