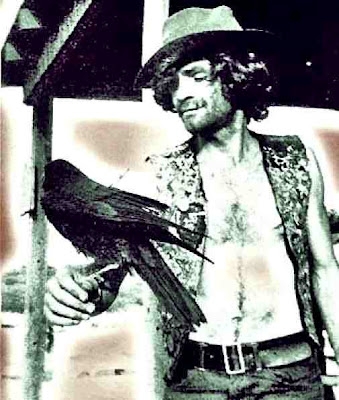 There is way too much information to share, but I’ll let you know some of the changes to what we already know. I am just saying what is in the book. These are not my words!

Hinman – It was all about recouping the $$ for the bad mescaline. The Straight Satan’s were the ones that forces Bobby into this. Bobby did not call Charlie, Mary did. If that call was not made, it is doubtful that Hinman would have been killed.

April 1969 – Tex and Bruce botched a robbery (of drugs of course) at the apt of Joel Rosteau and his girlfriend Charlene Cafritz. Rosteau ended up getting shot in the foot. The police got involved and found drugs all over his place. Rosteau‘s attorney, Paul Caruso made it go away. Why is the name Caruso important?? He was also the attorney for Billy Doyle, Harrigan and Pic Dawson. He was also the law partner of Richard Caballero, Sadie’s first lawyer. Hmmmmmmm

Somewhere in the books on the case, Linda is quoted as saying to Sadie, “Remember that thousand dollars I had? I got burned up in the hills on some bad MDA”. Who burned her? Billy Doyle.

Aug 8 1969 – Rosteau makes a delivery of $20,000 worth of cocaine and mescaline to Jay at Cielo Drive. A large amount of LSD was also expected, however the LSD supplier (who owned a dress shop) was out of town till the next day. Rosemary‘s name is never mentioned, but it would have to be her..

Later that night, Tex and the girls go to Cielo with the intention of robbing Jay of his drugs. When he learns the LSD is not there, a fight breaks out and they end up dead. It reads that two of them were tied up, and the others killed. When Charlie and friend returned later, the other 2 were killed.

The LaBianca killings – This is a tough one. The book doesn’t even settle this. There are theories mentioned, some we’ve heard before. Yes Leno had had mob connections. The Genovese family is mentioned many times in the book. When The Beach Boys manger, Grillo(?) told Charlie, “I’ll call New York”!, he actually called Leno. This came from Grillo’s secretary.

Remember in Little Paul’s book where he talked about a mob lawyer putting him up in a hotel and questioning him??

Did Rosemary deal LSD? No credible source was ever found. But how did she accumulate an estate over 2 million dollars in 1969? Her store sold wigs. Tex sold wigs. Important? Maybe, I don’t know.

Was it a robbery? Maybe, the safe was empty and Bruce took off for England with Leno’s coins.

The Labianca’s had a drug dealer neighbor whose name was Quartermain. He was the boyfriend of the mother of one of the Murdered Scientologists., Doreen Gaul or James Sharp. He ran in the same circles as Rosteau. That was the reason for those murders.

There is way too much information to share in this forum. If you spent the $100 for “Death to Pigs”, there is no reason not to buy this. The Process is hardly mentioned at all. The whole Mafia, Catholic Church, Italian Bugliosi issued is explained in detail. It is best to have a pad and pen nearby as th

Some facts I remember:

Joel Rosteau Sebring’s dealer – Mafia
Both LaBiancas – Mafia
Candy Stevens (Charlie’s 2nd wife) – Mafia
Candy took the alias “Leona” after one of her clients (Leno!)
Gary Hinman was an FBI Informant
The Straight Satan’s were Mob connected
Manson meets Dennis Wilson at Gary Hinman’s house during a drug buy, not at his house. The whole hitch-hiking story was a cover-up.

This one caught my eye:

The prosecution offered Charlie a deal, 18 years in jail, if he testified against Tex and co. He refused.

The book is not entirely pro-Manson. Some of the theories are a little far fetched. But so was “Helter Skelter” for that matter!